Highest barrier to gender equality is UNEQUAL ACCESS to credit

NAIROBI – Around the world, social movements like #MeToo and #TimesUp are inspiring important conversations about the inequitable practices women have long faced in every aspect of their lives. In some cases, these discussions have led to measurable changes in how women are treated on the job, at home, and elsewhere in society.
Unfortunately, most of the focus to date has been on women in the West, or those living in urban areas. Rural women, and particularly poor female farmers in Sub-Saharan Africa, have not yet benefited from the recent focus on gender equality. But if Africa’s gender gap is ever to be closed, the unique obstacles that African women confront must become part of the global dialogue.

Sub-Saharan Africa is among the world’s most gender-unequal regions. According to the United Nations Development Programme (UNDP), “perceptions, attitudes, and historic gender roles” limit women’s access to health care and education, and lead to disproportionate levels of family responsibility, job segregation, and sexual violence.
But perhaps the biggest obstacle to gender equality in Sub-Saharan Africa is money; simply put, women have less of it. According to the World Bank, 37% of women in the region have a bank account, compared to 48% of men. And, while the percentages are low for both sexes, what is troubling is that the gap has widened over the past several years, even as total financing available to the world’s poor has increased steadily.

Today, women dominate African agriculture, the continent’s most important industry. But this has not translated into greater control of finances. One measure of this deficiency is rates of borrowing; in East Africa, where my organization works, women borrow 13% less money for farm-related activities than men do. Illiteracy, limited land ownership, and restrictions on agency and mobility all conspire to reduce rural women’s access to farm financing.

These barriers have had a dramatic impact on social and economic progress. For starters, the lack of capital makes it difficult for women to buy quality seeds and fertilizer, or even to access farmland, which in turn reduces agricultural productivity. Crop yields in the region lag far behind global averages, in part because women are unable to invest enough in their operations.

Gender inequality is also costly on a macro level. The UNDP estimates that failure to integrate women into national economies costs the countries of Sub-Saharan Africa a combined $95 billion in lost productivity every year. When women living in poverty are unable to work or contribute socially, growth stagnates.

On the other hand, when women farmers have access to financing, the benefits go far beyond the fields. Financial empowerment has been proven to increase female participation in community decision-making. Moreover, women’s financial inclusion helps combat social marginalization and improves family wellbeing; when mothers have a degree of control over household finances, their children are less likely to die from malnutrition and more likely to thrive.

Given these benefits, the question is not whether women in rural Africa need expanded access to farm-related capital, but rather how to provide it. One solution is to craft programs that consider disparities in education and mobility when awarding loans. Accounting for social discrimination is essential if girls and women are to benefit fully from available financing. Another option is to build on successful mediation efforts that help women discuss financial inclusion with their husbands.

But one of the most important changes would be committed leadership by financial institutions. If banks and lending services offered products that met the needs of women, more women would have access to financial resources. For example, banks could devise specific loan programs for crops that are traditionally grown by female farmers – such as groundnuts or sunflowers. Financial institutions could also encourage female leadership in farmers’ cooperatives, and support markets where women sell their harvests.

At current rates of financial inclusion, it will take the world more than 200 years to achieve gender parity. That is unacceptable. Progress toward women’s empowerment does not have to be that slow. If governments, international actors, and the financial industry make a concerted effort to devise and sustain more gender-focused policies, it won’t be.

Shiro Wachira  Project specialist on the microfinance partnerships team at One Acre Fund: link to article 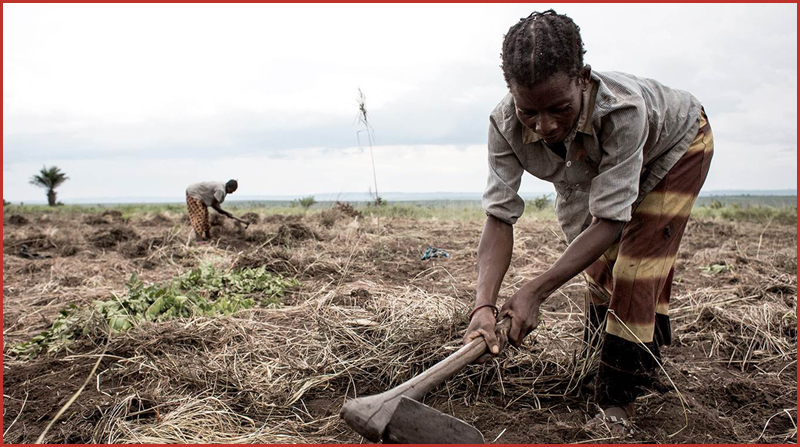